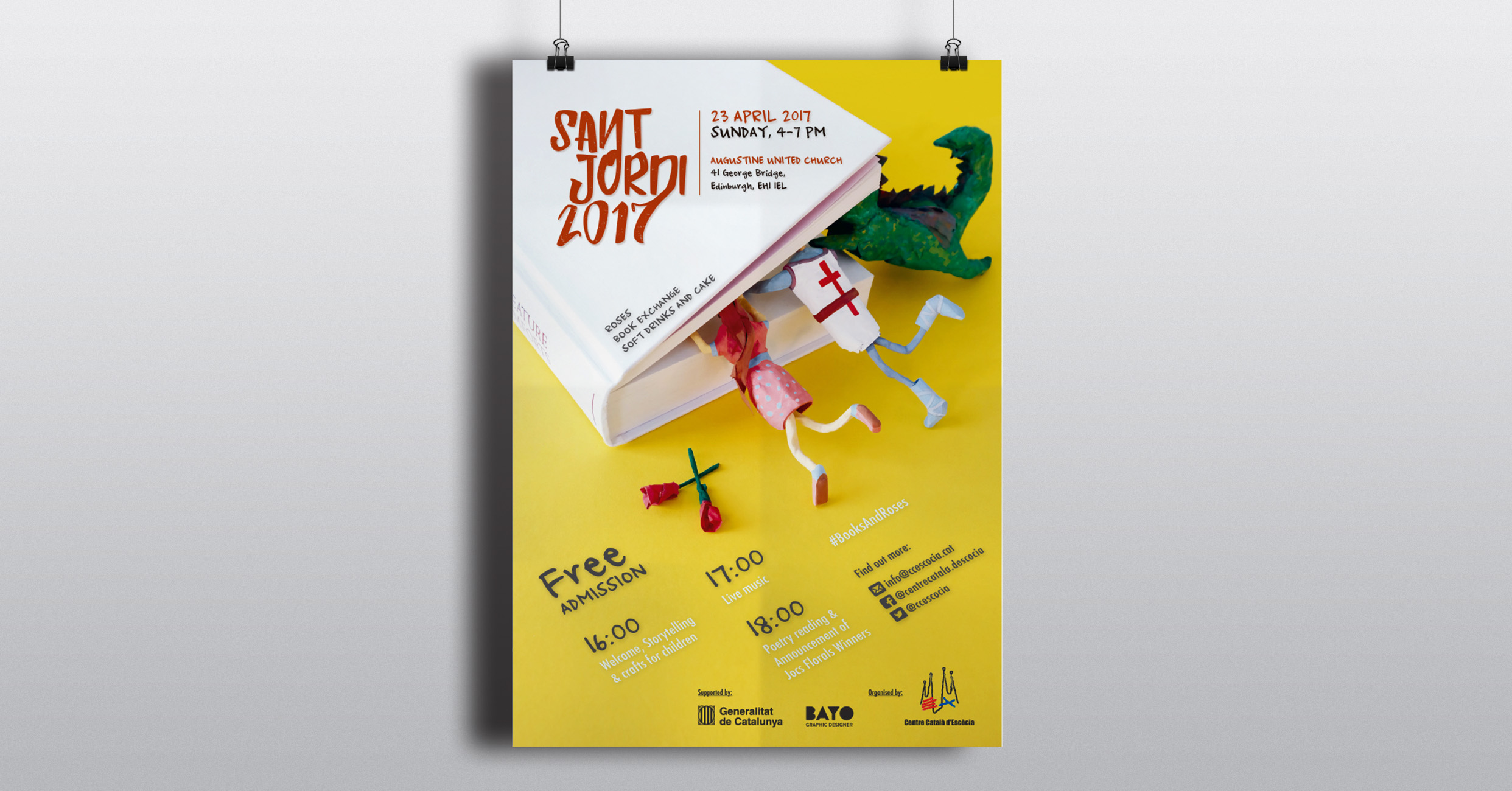 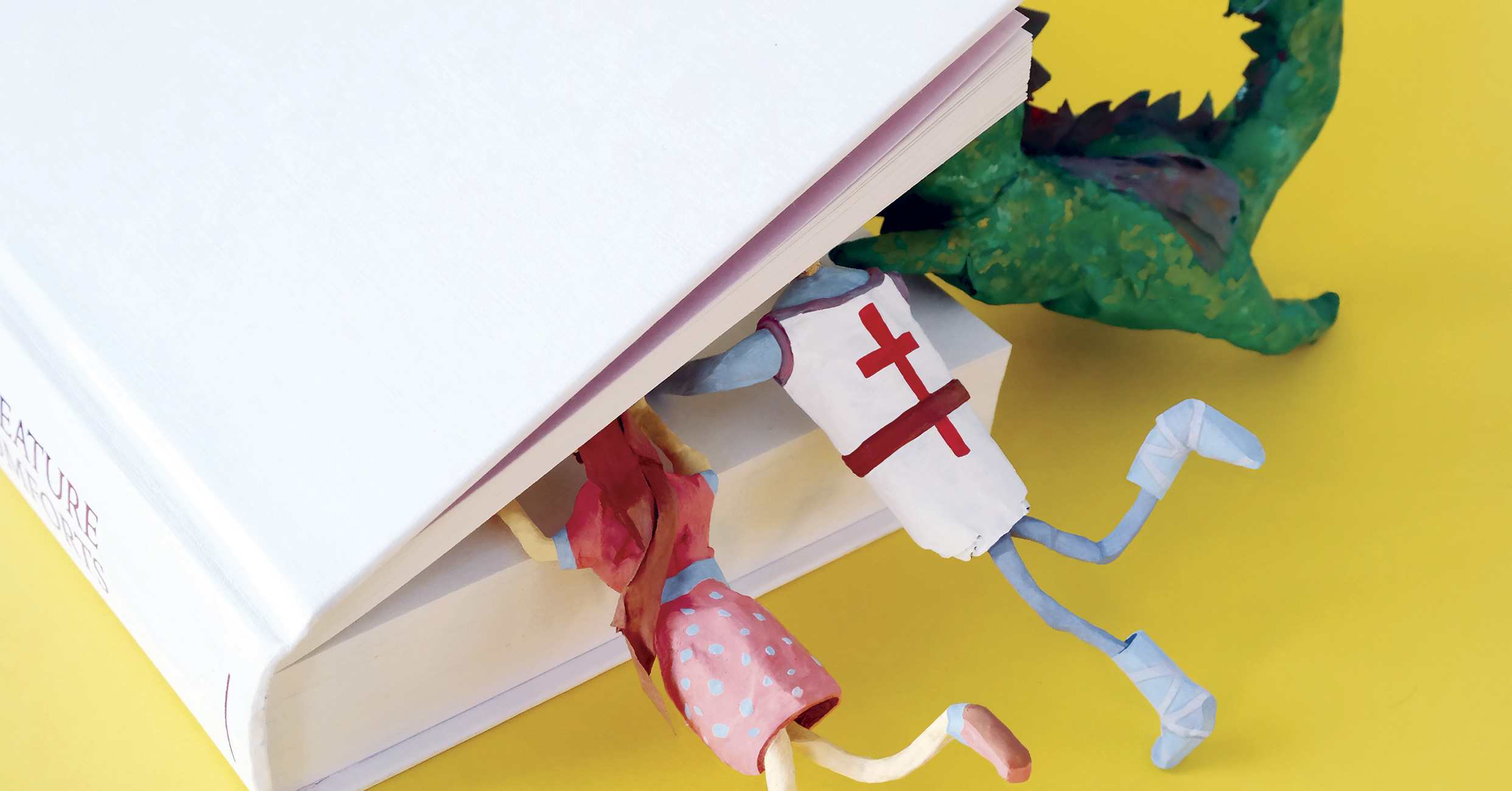 Scotland’s Catalan Centre aims to make known and promote the Catalan culture and language in Scotland and to become a bridge between the two nations and cultures.

Every year, Scotland’s Catalan Centre celebrate the traditional festival of Sant Jordi (Saint George). The people in Catalonia celebrate the day of their patron saint, Sant Jordi, combining culture and romanticism. That day, according to tradition, couples exchange gifts: a book for the men and a rose for the women.

Based on the brief, I had to design a poster to promote this event in Edinburgh. The design had to be representative of this festivity using some of the elements related to the event. As they gave me creative freedom and style, I proposed the creation of a mache paper model with the characters of the legend of Sant Jordi reading a book. Thus, the two representative elements of the festivity were put together in the scene in order to show the proximity and familiarity of the event to the possible participant.