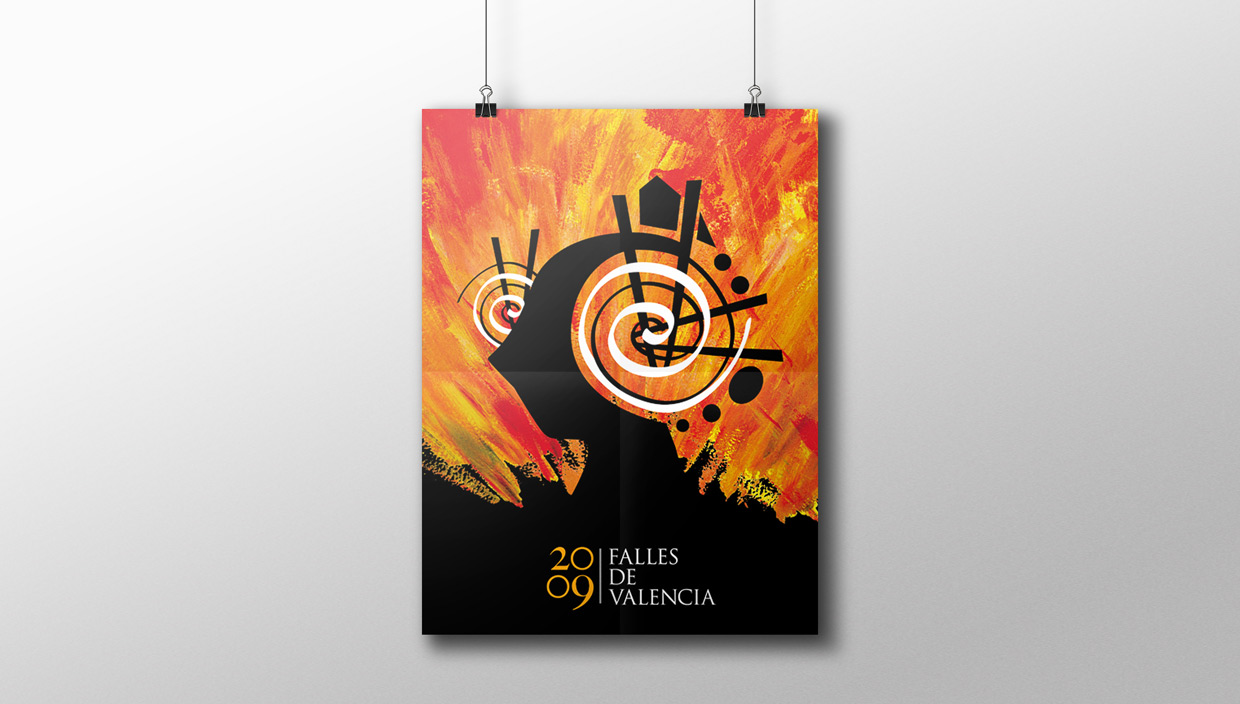 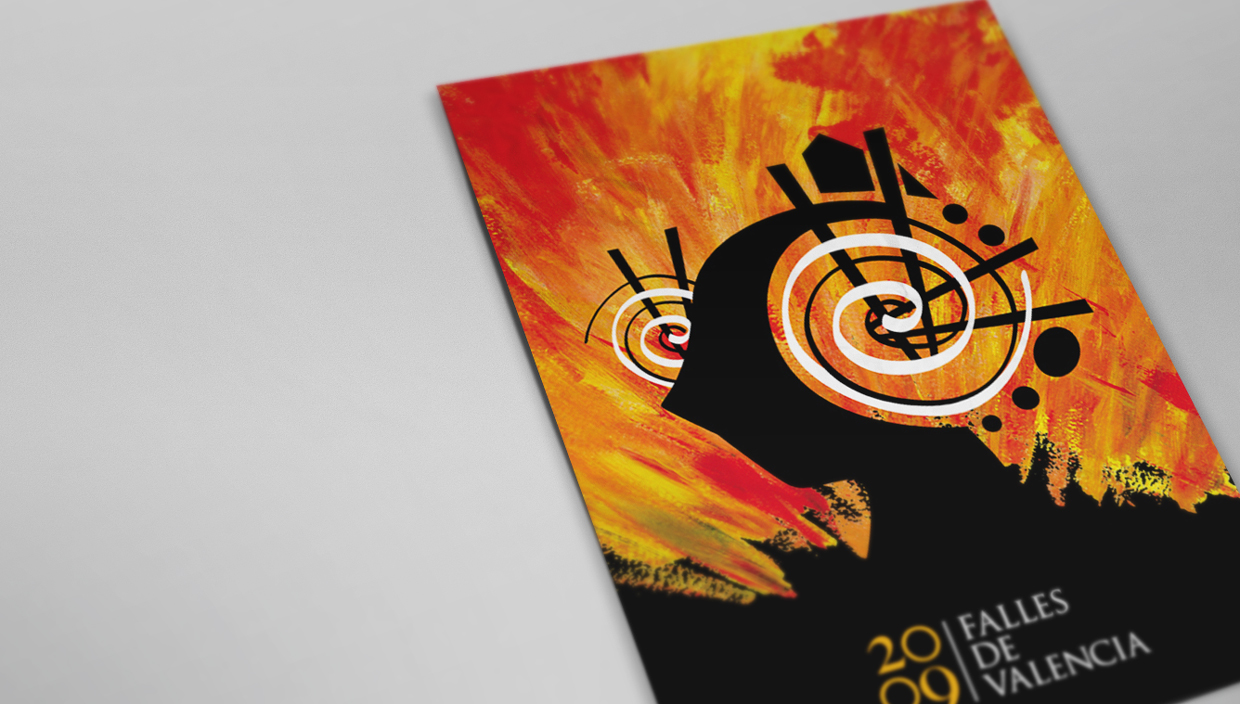 The Falles de Valencia is a traditional celebration held in commemoration of Saint Joseph in the city of Valencia, Spain. Each neighbourhood of the city has an organised group of people, that works all year long holding fundraising parties and dinners. Each group produces a construction known as a falla which is eventually burnt.

This poster was presented for competition for this traditional celebration.
The picture represents the oldest fallera and the explosion of fireworks and fire in the background. It is a mixed technique of painting and vector graphics.