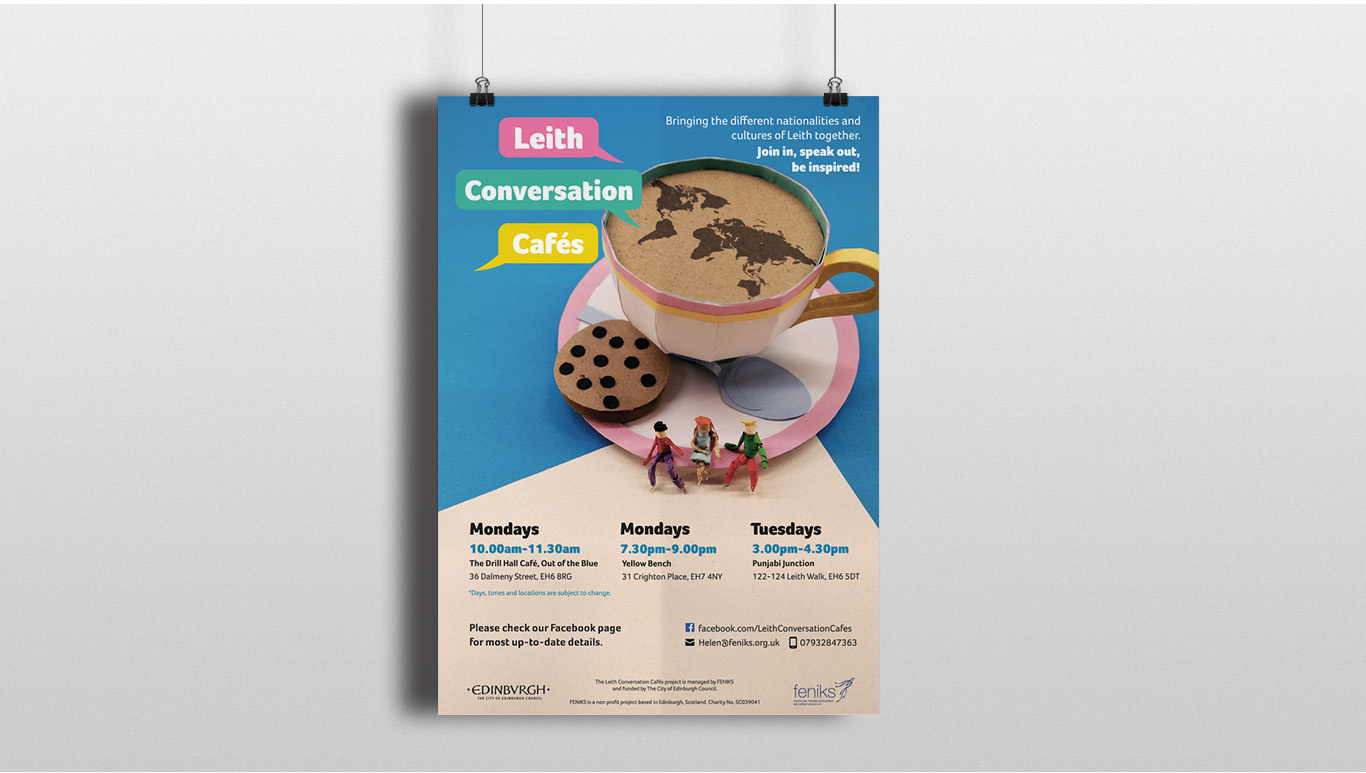 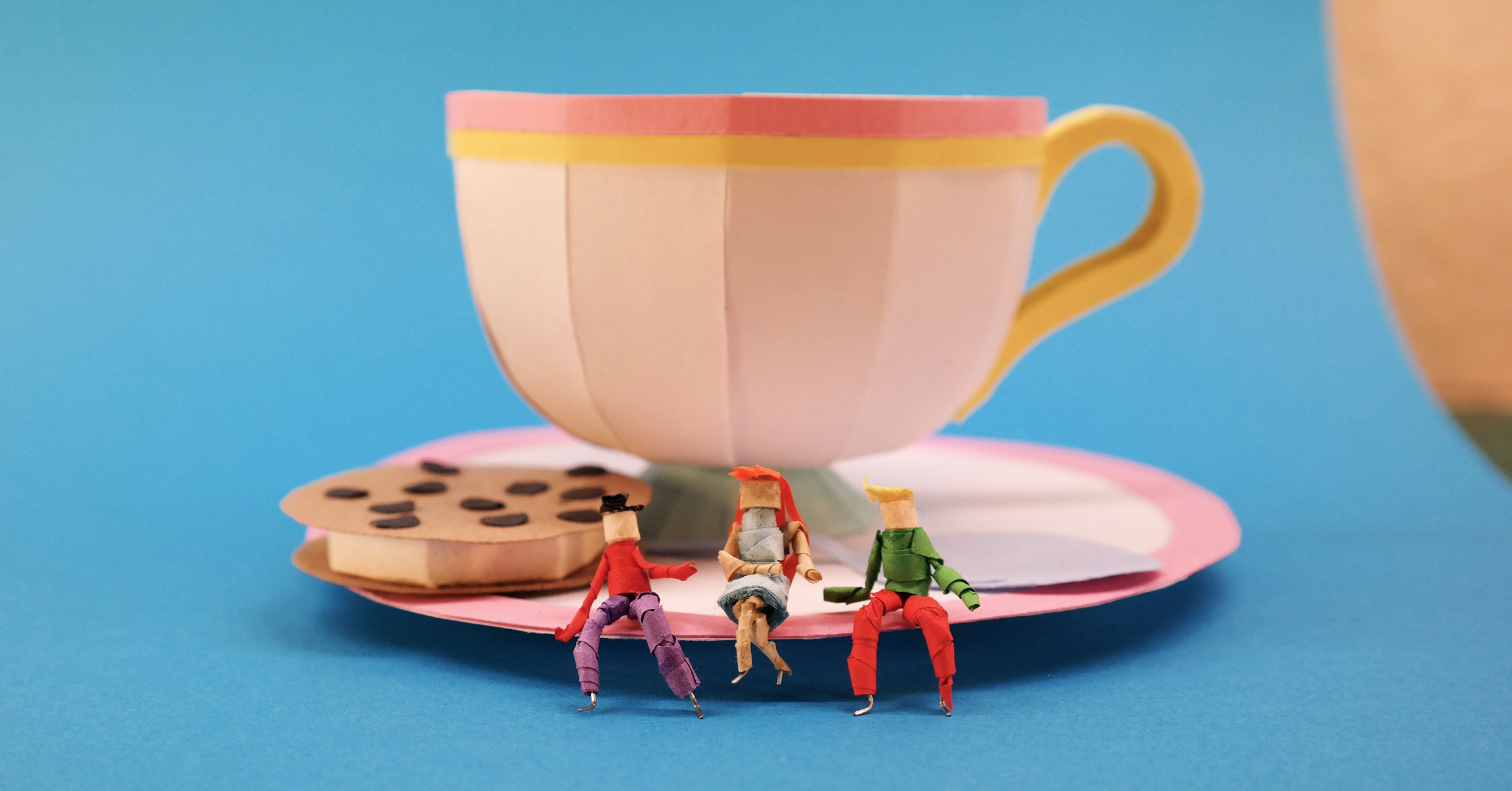 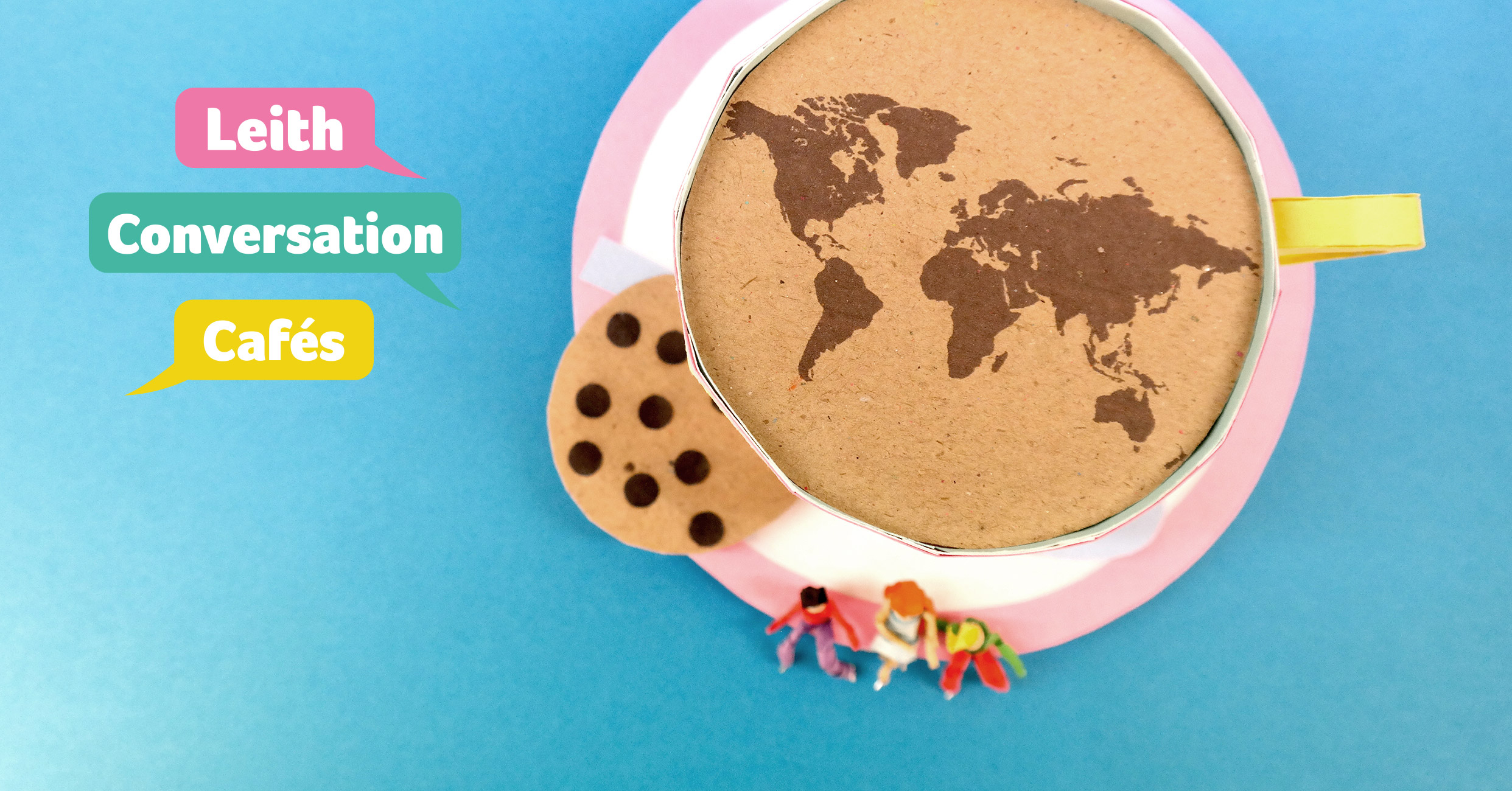 The Leith Conversation Cafés has created with the aim to give a safe and inclusive space for people from various ethnic backgrounds and at risk of social isolation to promote cultural exchange, discuss issues relevant to their socio-economic status, wellbeing, integration as well as to make new friends.

The commission was to design a creative poster where the following concepts were reflected:

As I was given total creative freedom, I proposed the creation of a paper model set.

On one hand, I used the paper material because I wanted to give the idea of fragility, the same as when a foreign person arrives in a foreign country. On the other hand, when you mould this material well, it changes its fragility becoming a more resistant and stronger material such as when a person feels good in well integrated into a community.